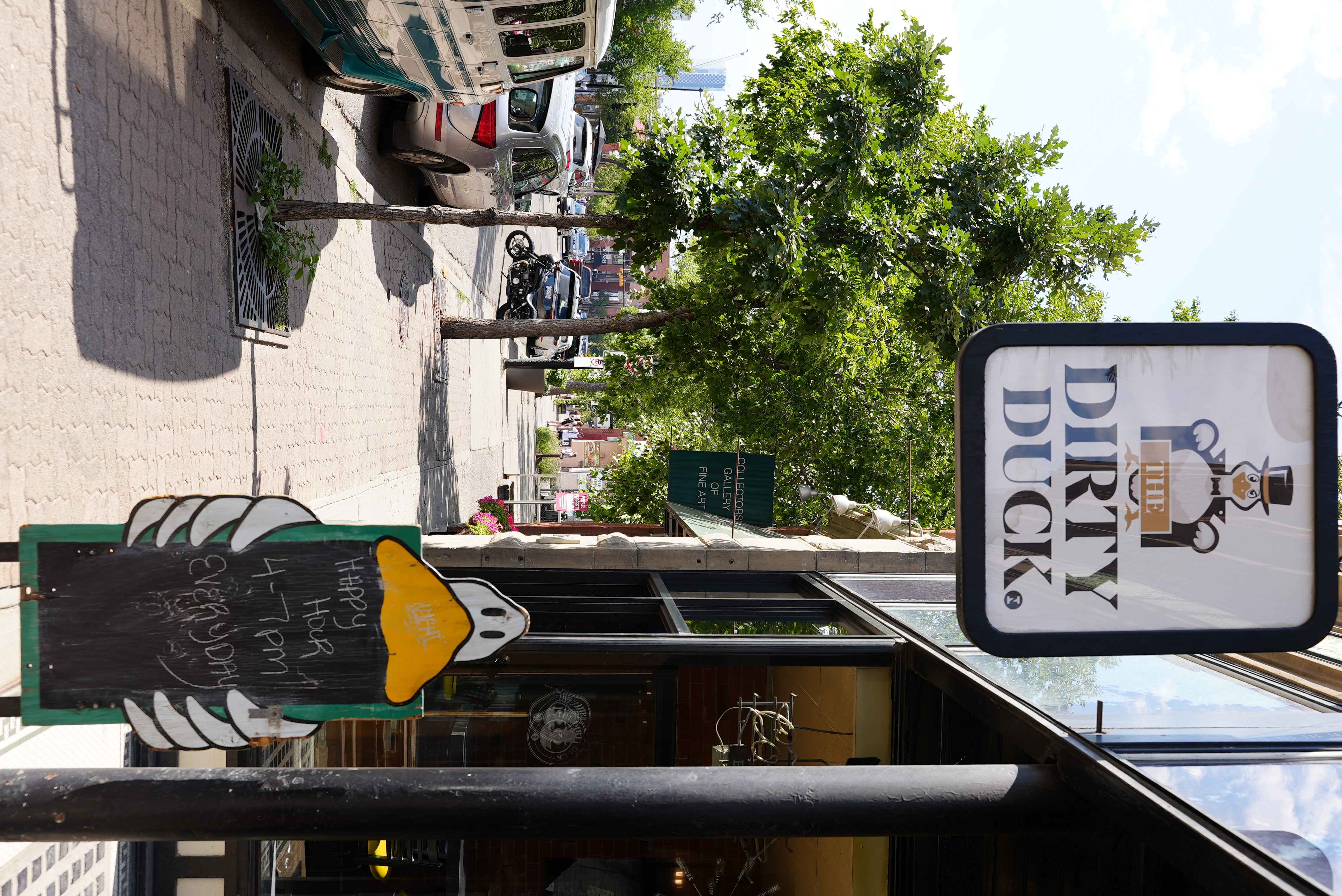 The Dirty Duck Restaurant & Public House is a traditional English Pub established in 1994. We boast an extensive selection of on-tap beer, a creative menu made from local ingredients, pool tables and amazing patrons!

The Dirty Duck is located in Calgary’s Historic Inglewood District on 9th Avenue SE (formerly Atlantic Avenue). Inglewood has the distinction of being Calgary’s oldest neighbourhood, established in 1875 after Fort Calgary was built. The community was not officially given the name Inglewood until 1911, when named a nearby homestead established by Col. James Walker.